Ai And Billion People Of India

Consider India, majority of Indians are not civilised enough from technology point of view. They feel the evolution of pixels in their mobile, or addition of features on whatsapp is technology advancement. When we raise a point in terms of technology, its not just the new version releases. But, it also means that the everyday problems can be solved and rectified using the technology solutions. The ultimate goal of mankind to advance technology is in order to assist themselves in their everyday work.

It is not the name or potential of a technology that helps, it is the practical implementation that helps the mass and ultimately showcases the potential. Similarly, Organizations should understand that just running after the future technologies won't help. They should work hard in learning and deploying quality people towards building and implementing these technologies. Only the practical implementation of AI and Machine Learning can help society at a wider pace.

There is a whole wind of hype traveling within the industry about the future technologies, Artificial Intelligence and Machine Learning being one among them. This hype has resulted into the deviated focus from ground reality. It is a prime duty of the technology companies to translate and execute the real meaning of Artificial intelligence, its scope and implementation.

Majority Of Indian Population Are Still Unknown To Basic Technology

India is a vast country with huge population. It is obvious that technology would impact the lives of people drastically. Being a developing country still, India hasn't reached the technological advancement that it should have. People aren't even aware of most of the modern day gadgets available. Technology is meant to solve their day-to-day challenges in all fronts whether food, habitat or education. With every bit of the technology, they should be a better person and lead a better lifestyle. 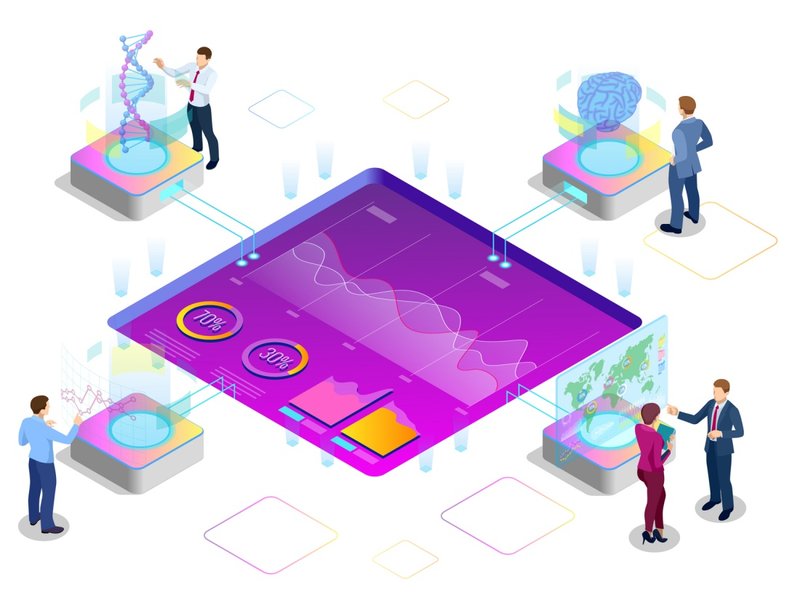 We generally find people sitting back and blaming the government and society solely for anything and everything. But, have we ever thought as an individual, a group, a community or an organization that, how will the majority of Indian population leverage the AI benefits if they aren’t aware of the basic technologies? It is not just the duty of the government to spread awareness but, of all the individuals as well as communities to spread awareness. Government and the concerned authorities can contribute their bit by organizing and carrying out the proper awareness programs. These may be sector specific or, based on community level as well. Since the organizations have proper resources and talent to organize such awareness programs, they should engage them and help government and concerned authorities to do so. Further, individuals themselves should come forward and volunteer themselves as a responsible citizen of the nation to spread awareness.

Technology Should Serve The People Not Other Way Round

Technology should serve as a medium for people not the people should serve for technology. As per the current trends, most of the tech companies and people who work for them are working day-in and day-out to upgrade technologies. If we do a comparative analysis to measure the mankind growth, humans are far below on growth chart. Certainly, technology won’t grow until and unless human would consider to leverage its abilities for their own goals.

Also, the current trend especially being seen in the IT industry is that people work day and night after enhancing the technology or even the smallest part or functioning of a technology. This shows that currently, people are after and struggling to enhance them get things done. However, our target should be in building such systems that can be just controlled by the humans but does the work itself. The day we reach such a situation will be the one when we can consider ourselves technologically advanced.

Ai Roadmap For Billions Of Indian

Among all the technologies, Artificial Intelligence has created the greatest technological revolution so far. Looking over the potentials that AI brings out on the table, it would be really interesting to see how good AI can build up a roadmap for billions of Indians. Since we haven’t reached to a level yet where everything is AI driven, it is still a chaos to answer many questions. We have to dig in and master much deeper in AI to know the how abouts and bring all under implementation.

As we have some idea about the AI potentials, we can surely claim that if brought out the best of AI, the AI roadmap in healthcare, education and poverty will bring a significant change in the country. Smart systems can be created in healthcare increasing the life expectancy and also to give a forecast of any health related threats. In education, AI driven systems may help students learn and understand better, who in turn would contribute hugely in enhancing and building up reliable systems.

India is a huge nation hosting a wide and extravagant population. It is a developing country, working day and night towards the betterment of the nation and its mankind. We should all work towards making our nation an AI-driven nation. This would heal us showcase our talent and grow at the global level. Nescode has always believed in the contributive growth of the society. We are into researching and implementing AI in our systems sooner.